So, as I shared with you all yesterday, Cornwall has snow. To be fair, compared to other places in the world, our snowfall is pretty pathetic, but as usual, our dusting of snow brought almost the entire county to a standstill. People abandoned their cars. Kids were forced to sleep in their schools. Basically, it resembled ‘The Day After Tomorrow’ film but without the advanced weather warnings!?

And today, the chaos continues. No more snow has fallen but yesterday’s snow turned to ice overnight and caused chaos on the roads again this morning.

Fortunately, Gizmos Human went food shopping yesterday morning so at least we were prepared – even though snow wasn’t supposed to hit Cornwall. And even better, Gizmos Human has a few days off work, so isn’t being forced to drive in the icy conditions; not until Sunday morning anyway!

Fast forward to today, and the ground is still white. And Gizmo is NOT impressed. He has spent most of the day, staring out the window… 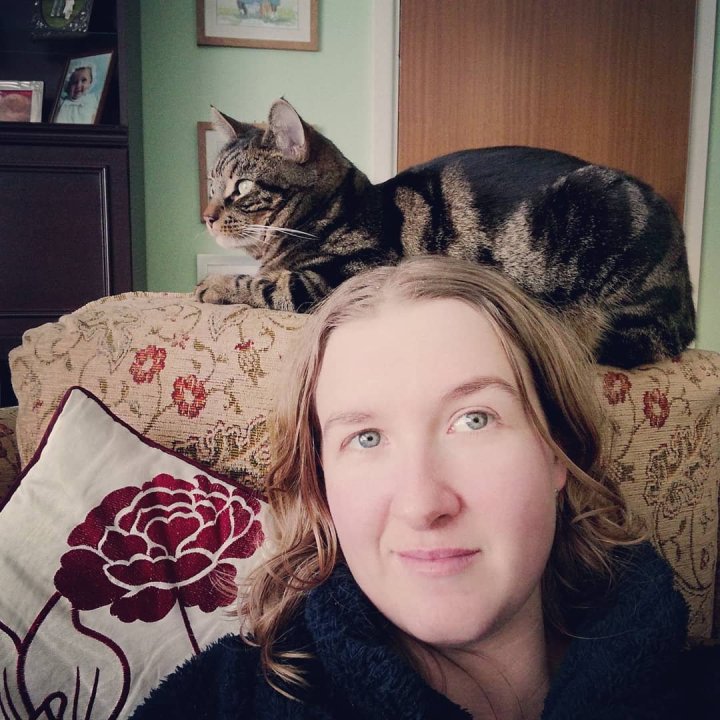 I know he desperately wants to go outside, but he keeps changing his mind! He refuses to use an indoor litter tray; much preferring the scenery in my neighbours garden I think… Sorry ‘Mr A’ 🙄

I made myself very unpopular with Gizmo this afternoon when I convinced him to go outdoors. He followed me down the garden but quickly decided he would rather be indoors… 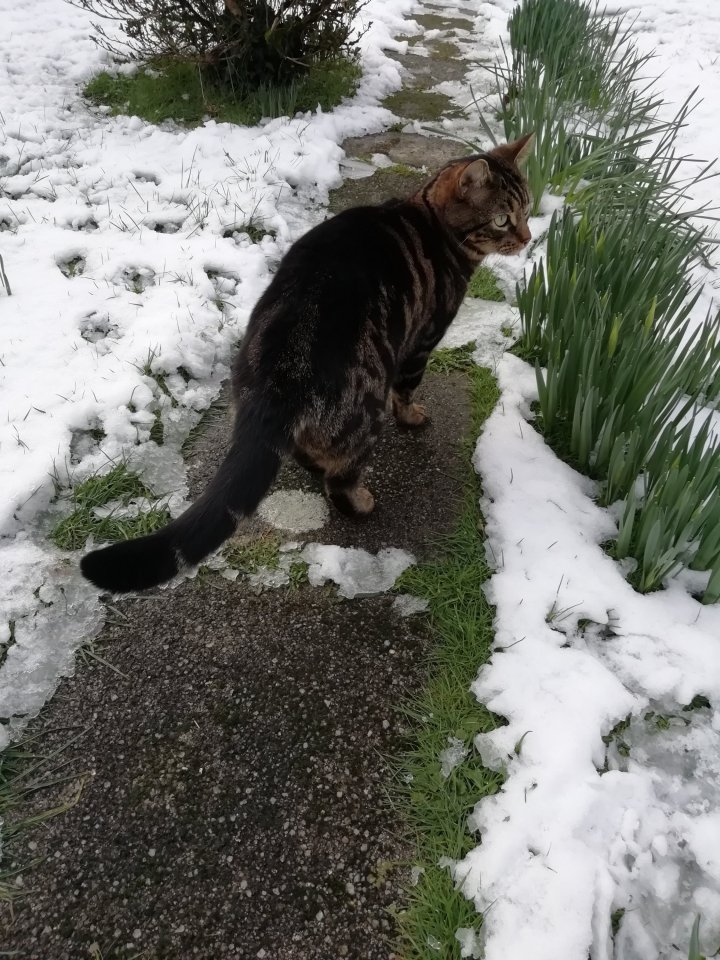 I hope the snow melts soon, Gizmo is NOT happy!!

If looks could kill, I think I would have lost a limb by now…?! 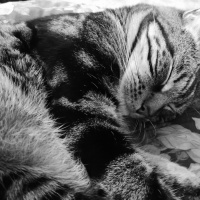