So it’s May, and the weather has finally warmed up!? Im not wanting to jinx it, but it’s been pretty sunny in my garden for a few days and at last, the garden is in bloom.

Lots of flowers, and tree blossom to be seen, but Gizmo is more interested in the pesky squirrel that is taunting him on a regular basis!?

In the middle of the day, when the sun is at its strongest, Gizmo has learnt to stay indoors, in the shade, and snooze. But in the evenings when it starts to cool down, Giz enjoys nothing more than messing about in the garden!

He climbs trees, investigates the bird table, and generally runs about at speed! 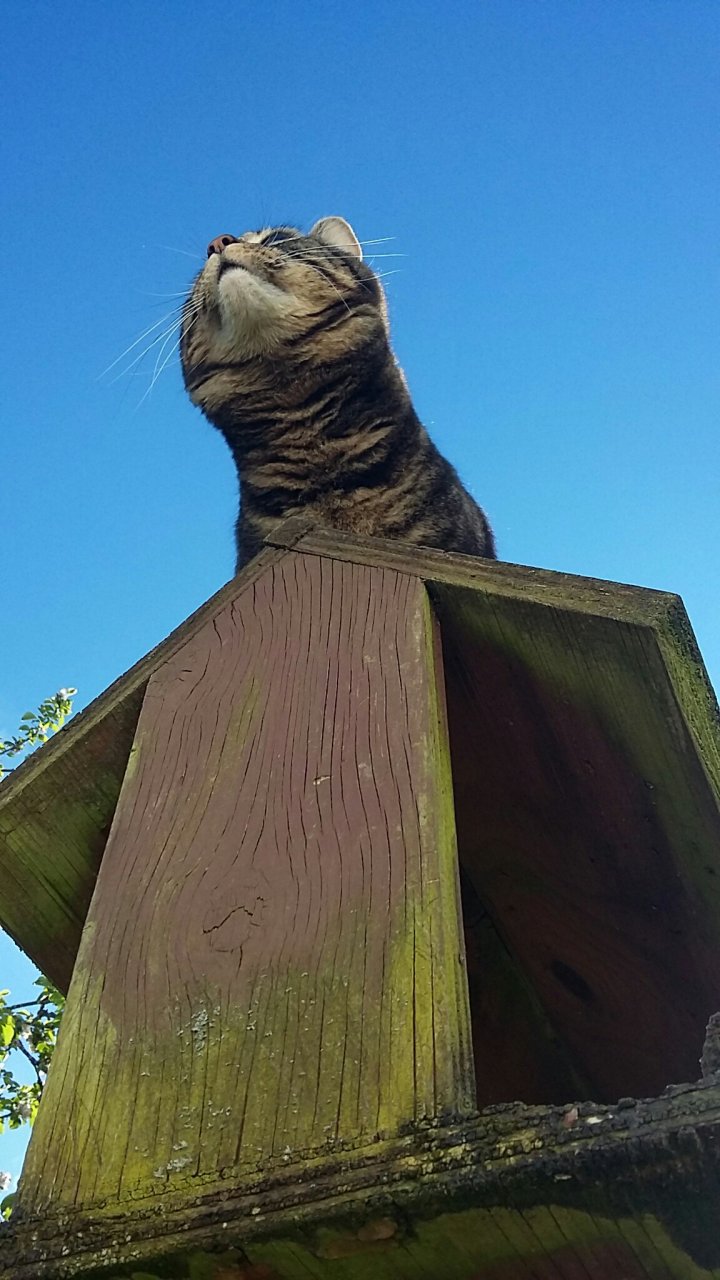 This evening was no exception, and I managed to catch a few good photos of him, climbing his favourite tree! 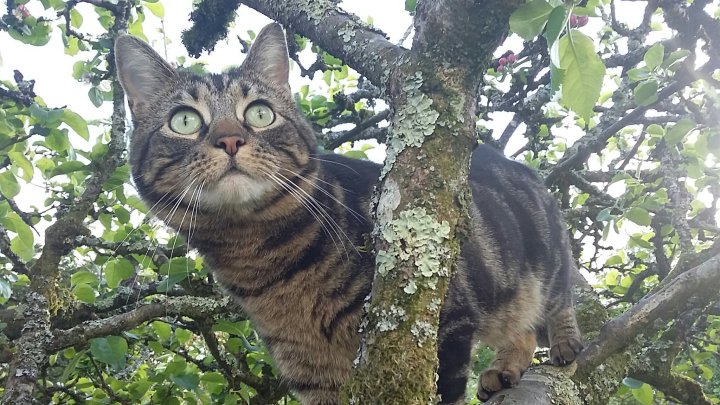 I believe he was sniffing for the squirrel; retracing Mr Squirrels steps, but annoyingly for Giz, he had no luck in finding a squirrel!

Phew… I REALLY don’t want him to bring one of those into the house and release it!? We had enough trouble catching the ‘very much alive’ rabbit he brought home last week!? We affectionately named the rabbit ‘Thumper’ before releasing it into the garden, due to the sound of his feet as he thumped his way across the kitchen floor at speed!? 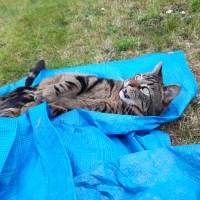