It’s been quite a busy week in my house, and for various reasons (ALL involving Gizmo) I have been having such little sleep at night.

It started a week ago, when a family friend asked us a favour, and we couldn’t say no….

One of our friends had acquired a young budgie only a few days before, but now needed to travel on business at very short notice, and wanted to leave the budgie with someone to be looked after. Yes, you’ve guessed it…Petroc the budgie came to holiday in our house for almost a week!?

Obviously, I knew that Mr Gizmo might want to get close to Petroc, so we made sure Petroc stayed in his cage in the conservatory, and Gizmo stayed out of the conservatory…! He could see the cage through the window, but wasn’t at all interested.

The first three hours after Petroc arrived, Gizmo paid no attention at all. In fact, this is probably because Giz didn’t realise he was there! That was, until Petroc settled in and let out an almighty chirp!!? Gizmos eyes looked like they were going to pop out of his skull!? The hair on his body puffed up like a pufferfish as he frantically scanned the room for the source of the chirp.

Then, he realised that the chirp noise has come from the new bit of furnature in the conservatory!? Well, I’m not sure if he thought we had brought a bird into the house, just for him to play with…but from that moment on, he was on his back legs trying to get a better view of the mystery chirpy thing in the cage.

On many occasions, he actually climbed the windows in the conservatory door, in an attempt to get a better look, but he was struggling with traction on the glass and gave up with the climbing idea, and came up with an alternative…

Unable to climb the door, he decided to try and open the door instead. As he is well practiced with opening the bathroom door, he must have thought he would be successful with this method.

Well, us humans were pretty convinced that the door was shut; the door clicked as we pushed it closed. Or at least, that’s what we thought…

Gizmo sat squeaking at the door for the next hour, and Petroc chirped away on the other side of the door. Giz would occasionally walk away from the door to try and convince a human to open it for him, but he was out of luck with this! The squeaking and chirping continued for another hour.

Then, the squeaking and chirping suddenly stopped…

Silence is suspicious in our house, so I went to investigate…and much to my suprise, Gizmo had managed to open the door and was now lying at the base of the cage, staring up, trying to get a good view of Petroc. 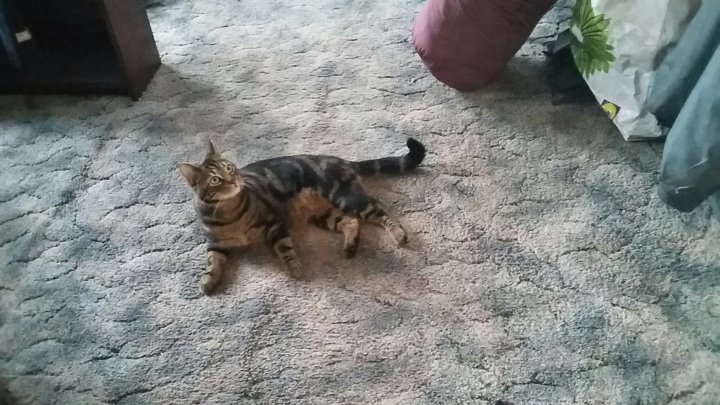 Luckily, I managed to remove Giz from the room before Petroc became psychologically distressed, and I shut the door again. This time I put a doorstop in the way of the door to prevent someone’s little paw prising the door open again.

All was well, until it was bed time. When I went to bed, Gizmo was guarding Petrocs cage by staring at it through the window. And that is where he was still lying at 2am when I was woken by another sound (also Gizmos fault but I will save for a separate blog post). I picked Giz up, and took him back to bed with me.

Just as I was nodding off to sleep, Giz had disappeared off my bed and I heard a noise in our kitchen…so I went to investigate. Gizmo had moved the door stop and was yet again sitting under Petrocs cage, staring longingly upwards.

Once more, I scooped him up and shut the door and came up with an ingenious idea to make sure that the door remained shut for the rest of the night; I put Henry Hoover in front of the door! Gizmo hates Henry, so I knew this plan would work! Back to bed I went, but spent the rest of the night worrying the Giz would overcome his fear of the hoover!?

So this is how my week has been; convincing Gizmo to stop staring at the poor budgie, and leave him alone!

On Friday morning, Petroc was reunited with his owners, and it took Gizmo a day to stop looking for him!? Poor Giz, he never got to stroke the stunning blue feathers…much to his disappointment! At least that’s one less reason for Gizmo to keep me awake at night… now I just have to sort out the other reasons!? 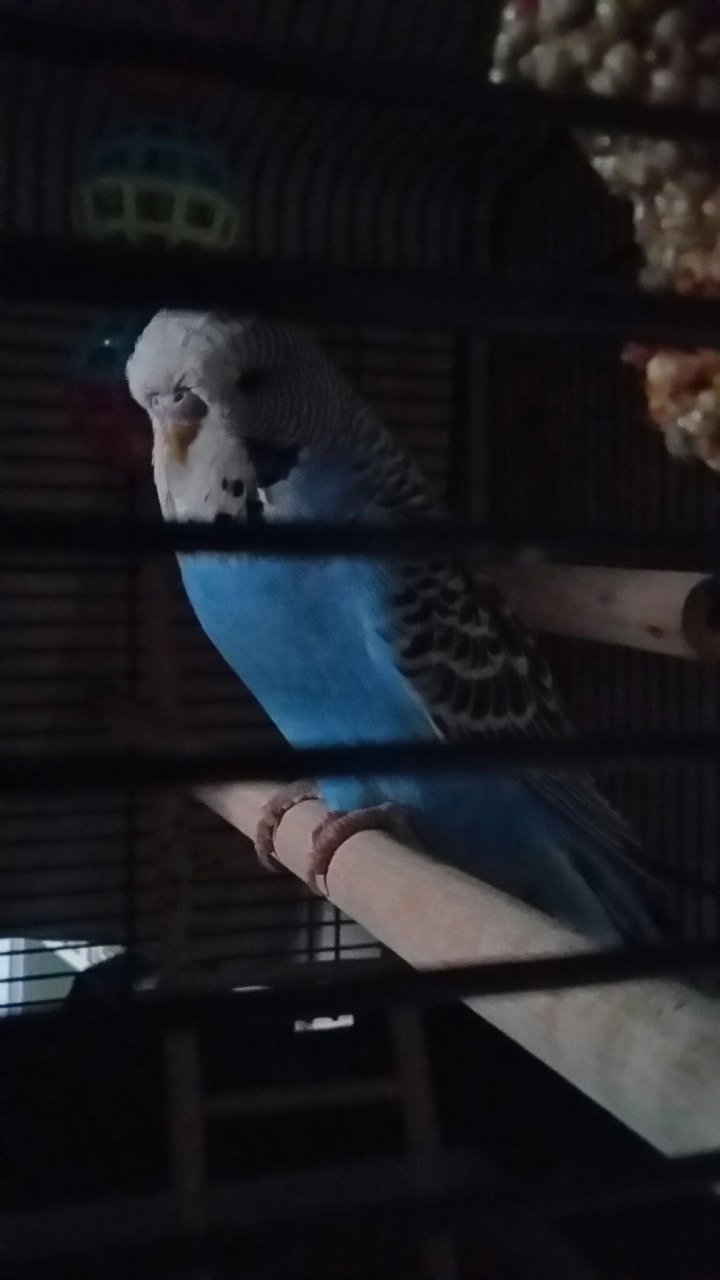 2 thoughts on “Gizmos Obsession with Petroc…” 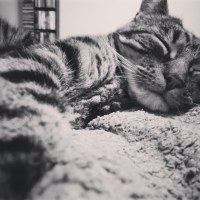